This is a work of fiction and forms a part of the Blogging from A to Z Challenge. I will attempt to write a new story based on the word for the day every day during the month of April. “I can’t believe you are a grandmother”, Yelena was often told. “You just don’t look like one.”
“It is the hair dye”, she would retort. “The day I stop using it, every year of mine would show.”
But she knew it wasn’t the hair dye. Even without it, she knew she’d look much younger than she was, though nowhere near as young as she felt.
For in her mind, Yelena was still a child- curious about the world, constantly seeking new experiences. Her body might have aged, but she was still young because she retained the enthusiasm of a child. 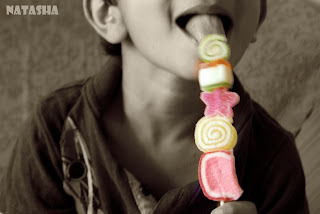 A Drabble is a story told in exactly 100 words.
Posted by Natasha

Email ThisBlogThis!Share to TwitterShare to FacebookShare to Pinterest
Labels: A to Z Blog Challenge, A Word- a Story, Fiction

Oooh! I love this idea! My first visit to your blog--new follower now!

It is amazing how hair color can seemingly make someone age, but it is true-youth is in the heart!

That is the outlook I try and keep. Age is more mind-related than physical-related. I act like a kid all the time...sometimes to my wife's chagrin!

Natasha - No doubt about it; attitude is everything when it comes to most things - including age. I'm so glad you reminded me of that :-)