The Value of Loyalty

I was discussing the Mahabharata with another lady. “Draupadi and Karna are my favourite characters”, she said.

“Draupadi I can understand. But why Karna?”, I asked.

“I love his character so much. He was such a noble person.”

“Noble? Karna? He was the one who instigated the ‘vastraharan’ of Draupadi. How can you call him noble?”

“But he was a loyal friend. I place loyalty above anything else.”

This exchange left me shaken up. Yes, loyalty is an important quality. But does loyalty mean that you remain silent when your friend is doing something wrong? In fact, doesn’t loyalty require a person to prevent a friend from doing the wrong thing?

To make things worse, in this particular case, Karna was not even a mute spectator. He was an active participant in the sexual assault on Draupadi. It was Karna who had the idea of disrobing her. It was Karna who insulted her and questioned her chastity. It was Karna who silenced Vikarna when he tried to dissuade his brothers from humiliating Draupadi.

No matter how you look at it, Karna was a perpetrator in the sexual assault of Draupadi. Yet, women defend him because he was “a loyal friend”. 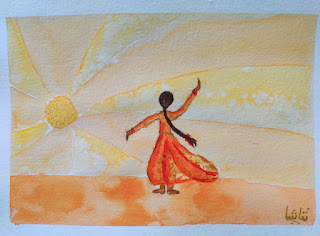 It is the same thought process that kicks in when a woman tries to complain of sexual harassment or sexual assault. Her complaint is weighed against the perceived virtues of the perpetrator, and she is found wanting. His crimes are forgiven because he is a top performer, because he comes from a well-respected family, because no complaint has ever been made against him. In the process of making excuses for him, she is disbelieved and her complaints are dismissed.

Karna was an accessory in the sexual assault of Draupadi. As long as we continue making excuses for him, how can we hope to end gender based violence?