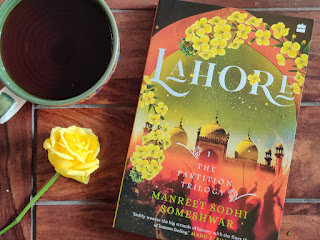 It is hard to review a book that you have been waiting two years for. A book you had high expectations from both because of the subject matter and the author. A book you pre-ordered because you wanted to grab it as soon as you could. And a book which lived up to expectations, yet left you without words.

In Delhi, Mountbatten, Patel and Nehru lay down their non-negotiables and engage in a game of give and take around it. In Lahore, till the very end, the coolie, Belli Ram, who was brought up by his friend Mehmood’s family refuses to accept Partition till be actually “sees” the line separating India and Pakistan.

In Lahore, the ‘mad woman’, Billo, is thrown out of her home when she predicts a rain of blood, and takes up residence on the branches of a tree. In Delhi, Edwina Mountbatten shivers when she sees the unseasonal blooming of the Laburnums because when death is imminent, trees bloom and set fruit in a last ditch attempt to secure progeny.

The stories of the people and events that make up history, alternate with those of the people who have to bear the consequences of those decisions. Many of those stories end at a climatic point, where you are forced to pause and process what you witnessed before you can move on.

And, of course, at the end, she had both threads meet, however briefly. A reminder that Partition, eventually, was about people. People who survived. People who didn't. Dreams that were crushed. Pieces that were picked up.

This book is particularly significant because it puts many events in their proper context. The British would have left behind two partitioned nations and 565 princely states. Today, people try to assign the blame for Partition on certain leaders, choosing to forget that it was they who stopped the Balkanisation.

You will love ‘Lahore (The Partition Trilogy, #1)’ if you are interested either in the history of the subcontinent or in reading stories rich in human emotions. Take a bow, Manreet, for yet another masterly book.